The Global Talent Competitiveness Index (GTCI) ranks 132 countries each year on how they deploy, attract, grow and retain talent, as well as how they maintain subject-specific, technical skills and global knowledge. The presentation of the new report at the World Economic Forum in Davos reveals that Switzerland continues to be the world leader in talent competitiveness. The US rises from third to second place, leaving Singapore one position lower than in 2019.

While Belgium is not performing badly, for the second year in a row we dropped to the eighteenth place. Whereas last year it was due to political instability, this year gender inequality is the main reason. According to the report, there still exists a gap between the opportunities offered to Belgian men and women to develop their talents (Belgium only ranks 60th in this case). Moreover, women would get fewer opportunities in leading positions (47th place). In addition, technical skills and knowledge also play a role. Because many Belgians do not only limit themselves to a secondary (technical) diploma (50th place), we also dispose of fewer workers who learn technical and job-specific skills with this kind of diploma (56th place). In addition, there are also fewer scientists and engineers in our country (48th place), which reduces our global knowledge skills.

Importance of AI and digital skills

In general, high-income countries dominate the top 25 within the GTCI. Moreover, the index shows that these talented countries are moving increasingly further away from the rest of the world. This gap is widened by the emergence of artificial intelligence (AI) and the related division in digital skills that is emerging between industries, sectors and nations. As a result, developing countries in particular are increasingly lagging behind. According to the report, more than half of the population in developing countries do not have basic digital skills. Researchers therefore also indicate the importance of recognising this mismatch and investing more in human capital.

Belgium seems to be a good environment for this. For example, we rank 10th when it comes to enabling talent to grow.  We achieve this through our formal education system, the opportunities for lifelong learning (e.g. through quality management schools) and access to various growth opportunities (such as the possibility of building professional networks).

But the Adecco Group is also committed to this investment in human capital. For example, the company promises to train and retrain five million people by 2030. The retraining will be led by the group's training and development department, the General Assembly. This department specialises in equipping individuals and teams with the most sought-after digital skills, including data science, coding and machine learning.

In his comments on the 2020 index, Alain Dehaze, the Chief Executive Officer of the Adecco Group:

"Since machines and algorithms continue to influence a multitude of tasks and responsibilities, and almost every job is reinvented, it has never been more important to have the right talent. Today, robots and algorithms have crossed the factory floor and operate 'at front of house', in the company's back office and in headquarters. At all levels, employees need training to enhance their "human skills" - adaptability, social intelligence, communication, problem solving and leadership. These skills complement technology. This decade will be marked by a retraining revolution with a focus on 'fusion skills' - enabling people and machines to operate in harmony in a hybrid model. With this in mind, the Adecco Group is committed to educating and retraining individuals, thus equipping them with future skills that will enable them to thrive in the age of AI".

Below you will find links to: 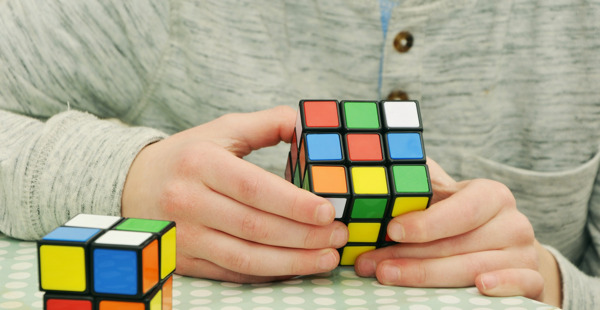 We make your communication matter